A crazy thing happened the other day. I was browsing BBC news as I usually do on a daily basis. I was reading an article when on one of the side panels I saw a video titled “Resurgence of the GIF“. Now being the reddit addict that I am (no I’m not even going to bother denying it), I absolutely love seeing the imgur links to animated GIFS. I feel like certain GIFS (especially when appropriately placed in a reddit comment thread) can elicit certain emotional content that is impossible through the medium of words. Anyway, here is  the nicely produced video that I saw on BBC:

Next thing I know (like literally a day later) Google+ has already implemented a whole gallery of these things. More specifically, I was examining Google+ to check out certain features of the site as I was curious how their content-generation form works (you know, the place where it says Hi <your-name>, share your thought…). When I clicked on the “Add Event” icon, I noticed the top header of the form consisted of a gorgeous animated GIF: Clicked on it, and of course it brought me to a whole gallery of animated GIFs separated out into themes/events etc. Birthdays, sporting events, picnics, skiing, you name it. Each one of these events comes with their own little batch of beautifully filmed – seemingly instagrammed (Should I trademark the term “instaGIFed” before it’s taken!?) – GIFS.

Also, for those whom have not heard of Vine, apparently it’s the next big social media company (I believe bough out by Twitter?) that focuses just on GIF creation. Yup. 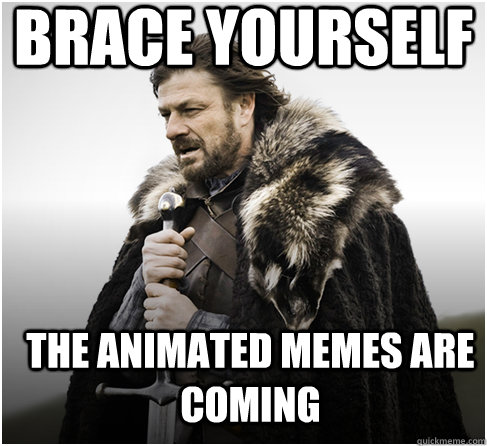